Today we tested all our components in a cold chamber at vaQtec, a company here in Wuerzburg specialized on vacuum insulation. During the test all subsystems are powering up and running at -40°C ! We were afraid that the camera might not be working under such harsh conditions, but everything went well and the Core System was able to capture image frames and collect temperature/current data from the Measurement Unit, so the cold chamber test with conditions like those occuring during the launch campaign in Kiruna is considered to be successful. 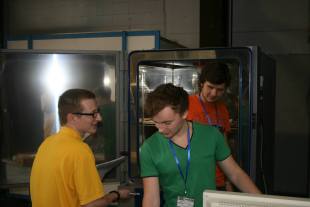 arthur, florian and tom are setting up the test arrangement 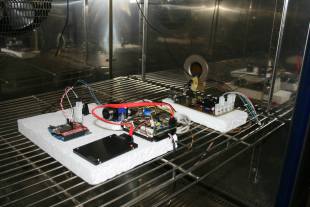 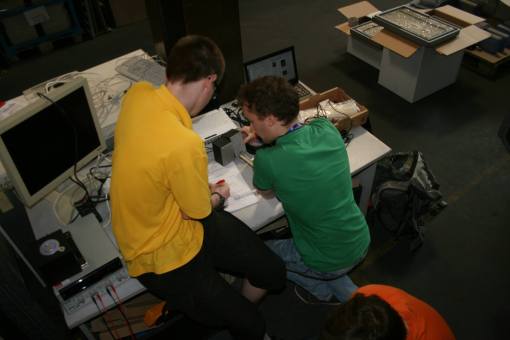 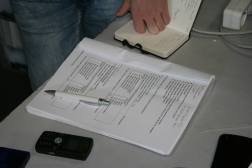 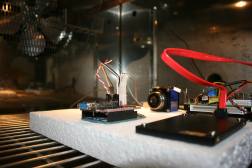