Last Week four of our Team Members, Thomas, Florian, Sven and Jochen were in Oberpfaffenhofen at the MORABA – Labs for the Bench Test. During the Bench Test Week, all REXUS – experiments were mounted onto the real REXUS Service-Module, the Module which will distribute the Power and downlink the Data from the experiment modules, and some Hot-Countdowns were performed to test the all the modules (like we already did at the Integration Week with the REXUS-Simulator).

The first Day went really well. After unwrapping our Module we did some Software-Updates of the Groundstation- and Flight-Software and performed like 100 hot countdowns with the REXUS Service Module. Each of those Countdowns was successfull and we had no signs of failure at our Master-System, as we had during the Integration Week.

But at the second/third Day, when all modules were mounted on to the REXUS Service Module, we got the same error at the Master-System as we had during Integration Week.
After hours of debugging and troubleshooting, we noticed, that the failure occurs only with one of our Core Systems, since we couldn’t reproduce that specific failure neither on the Slave-System nor on one of our spare parts!
It seems like there is some hardware / grounding issue with that specific Core System. Currently we are still searching for the reason of this failure, but we are developing a workaround to be able to use both Systems during flight. We will use our current Slave System as the Master, to ensure we are able to downlink all our temperature and current data. Additionally we implemented a Watchdog to ensure the Flight Software is automatically restarted if a failure is observed.

Below you can see some pictures we took during the Bench Test Week! 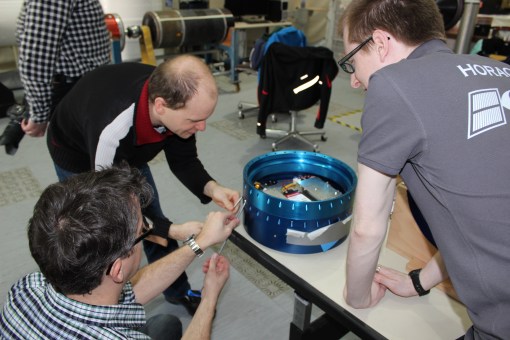 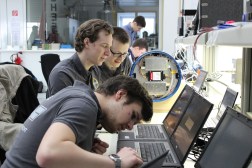 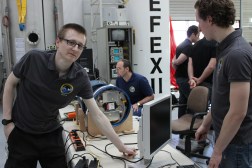 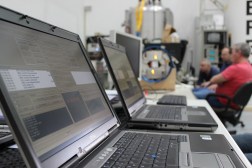 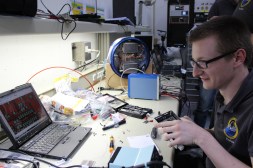