During the last week, four of our team members were at the ZARM in Bremen, to have the Shaker and a full Payload Test. The first Day went quite well, we tested and improved a lot of our Procedures we will need and use during the Launch Campaign in Kiruna. On the second day our experiment module was mounted onto the Shaker, to test different Vibrations as may occur during the Launch of REXUS16. We passed the first tests, but after about 20 minutes of testing, we lost the communication with our Master System. After some troubleshooting we found the cause: the CF-card, on which the operating system is located, slipped out of its bracket, and so the system wasn’t able to boot anymore. Actually this is just a minor problem, we will fix this by gluing the CF-card into the bracket, so it won’t be able to slip out anymore. After we found the issue, we prepared for the Payload Integration Test on the third day, where all experiments were mounted and connected as they will be on the rocket. Besides some minor issues, we lost again the communication with our Master System during the “Hot Countdown”. After hours of debugging we still couldn’t reproduce that error, but we narrowed it down to be most likely a Software issue. Our Software guys are already searching for the bug and are trying to reproduce this error. But still, our secondary system worked like a charm at all the tests during Integration Week. In the evening of the third day the ZARM prepared an event for all the REXUS Teams called “Kohlfahrt” (cabbage walk). That’s a typically northern german tradition, where you put some (or..quite a lot) beer onto a handcart and go for a walk in the town. Afterwards you get a hearty meal consisting of “Grühnkohl”, sweet potatoes, meat and some sausages called “Pinkel”. On the next and last day, we packed all our tools and the experiment, to send it to Oberpfaffenhofen for the Bench Test in March. Although we experienced some problems, we consider the Integration Week as successfully passed. But still, we are looking for the bug that caused our primary system to fail and we are quite sure to fix this issue until Bench Test. 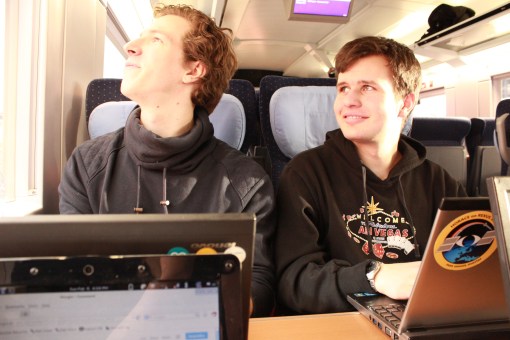 on the way to Bremen 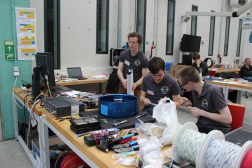 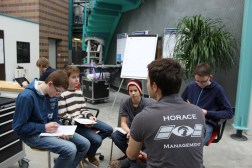 giving an interview to some students 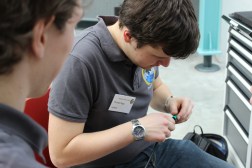 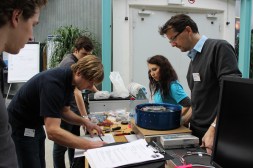 experts are checking the experiment 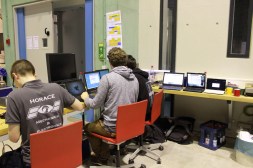 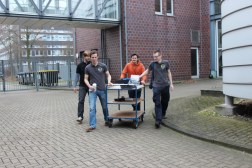 on the way to the Shaker Test 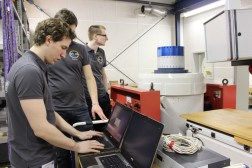 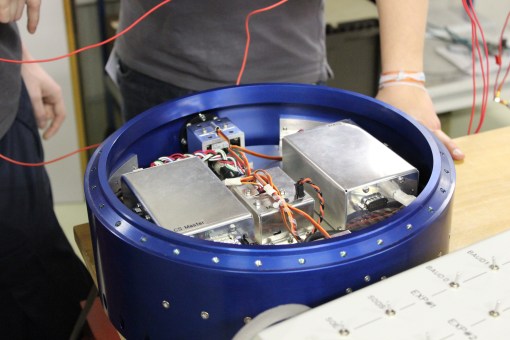 troubleshooting the loss of communication with the Master System 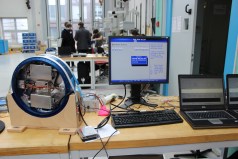 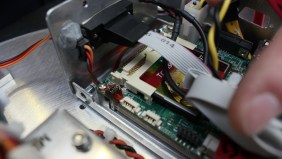 found the issue of lost communication! 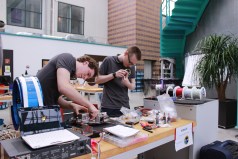 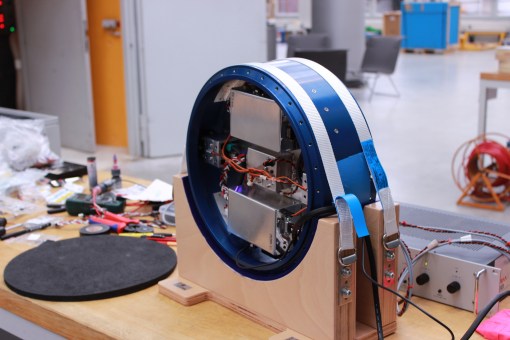 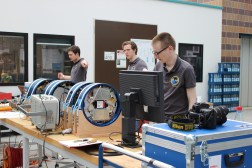 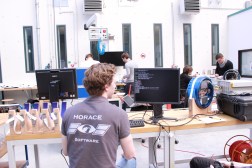 debugging the loss of communication with the Master System…